“There’s no such thing as Someday.  There is only this day.”  Riggledo (hey, that’s me.)

“Humans may be the only creatures on Earth who spend significant time thinking about the fact that someday their lives will end.”  Joan D Vinge

“Procrastination is the fear of success.  People procrastinate because they are afraid of the success that they know will result if they move ahead now.  Because success is heavy, carries a responsibility with it, it is much easier to procrastinate and live on the ‘someday I’ll’ philosophy.”  Denis Waitley

“To sit back hoping that someday, someway, someone will make things right is to go on feeding the crocodile, hoping he will eat you last — but eat you he will.”  Ronald Regan 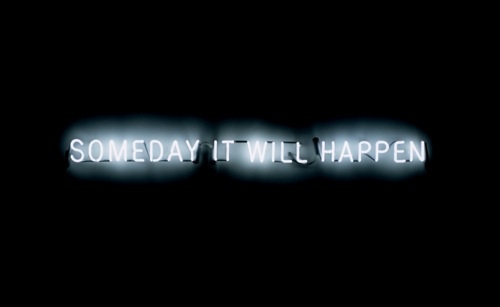 Why put off till “someday” what you can do today?  In this context, at least, someday will never come.

What will you do with it?