I have never been a fan of paintings.  I’m not sure why.  My Paternal Grandmother was a painter and most of my family, including my mother (who has been divorced from my father for 33 years) has at least one of my Grandmother’s paintings in their home.  I do not.  I never cared and I never felt like sentimentality was a reason to possess or hang something that I don’t like.

I love photographs.  I desperately want to purchase a good 35mm digital camera and take a photography class.  I really enjoy a well thought out, unique photograph of a beautiful, or even just personally meaningful, vista.  I have photographs all around my house, mostly images of San Francisco.  I have no photographs of people… at all.  I’ve never had an interest in hanging pictures of people in my house.

I have a few pictures of my nieces and nephew pinned to a bulletin board in my office, but that’s it.  I’m not sure why there’s a difference, but there is.

When I take photographs, I almost never take pictures of people.  Some of my favorite photography subjects have been the beach, 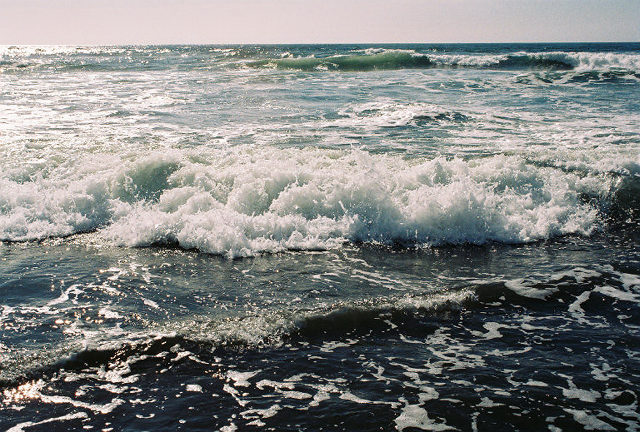 famous (and not so famous) San Francisco architecture, 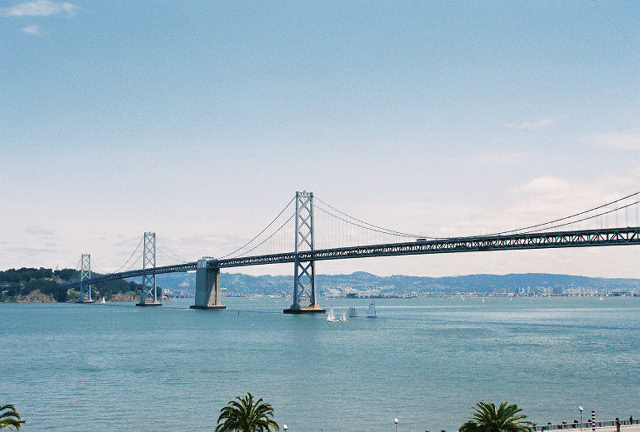 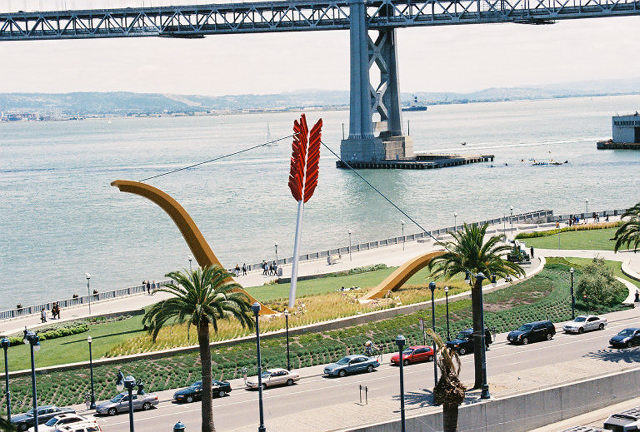 the fountains in Lake Bellagio (I still need to get that roll of film developed) and of course, Mischa. 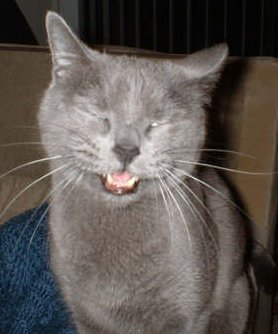 I don’t take pictures of people.  Not strangers, not family, nobody.  And I sure don’t display them.  I’ve never understood why people do.

I’m sure this mentality lead to my feelings expressed in my recent blog posts, but what led to these feelings?  I remembered something at the end of my session with Deb; something I didn’t actually forget, just hadn’t thought about in a very long time.

When I was a kid, my father and step-monster used to take my Brother and Sister and me to get a portrait taken every year.  Every. Year.  Sometimes more than once.  Back in the day there was a portrait studio in Cincinnati, maybe still is, called Olan Mills.  Olan Mills offered free sessions to shoot your portraits and they made their money on the prints (at least that’s how I remember it.)

These experiences were always painful, drawn out and horrible.  They always resulted in tears.  I hated having my picture taken (some things never change) and I never wanted to do it.  If, however, I was going to have to have my picture taken, I wanted to at least be able to be comfortable doing it.  I wanted to wear clothes that I liked and I felt like I looked good in.  My father and step-monster had different opinions.

“Don’t you want the picture to look nice?” the step-monster would ask.  She always has a demeaning and over-bearing tone, even if/when she doesn’t mean to.  She would stand over and lean toward me and look at me with eyes that were probably uncomprehending, but looked angry to my seven-year-old self.

“I think I do look nice,” I would answer, meekly.  I meant what I said, but already knew I was going to lose this so-called battle.

“But don’t you want to look dressed up?” she would say, thinking this would clarify things.

My father’s house was always dirty, and drafty and messy.  My mother says I always came home from my father’s house with a cold and with some sort of wound; a splinter or a cut or bruise.  The clothes I wore would be stained and ruined with motor oil or grease from a wood shop tool that wasn’t properly shielded.  So she stopped sending clothes with me, telling him instead to buy me clothes to have at his house.  So I had garage sale finds and TJ Maxx Bargain Bin finds that the Step-Monster bought for me, without my presence or input.  And she didn’t buy “dressed up” clothes because what would I need them for?

Their idea of “dressed up” was for me to wear hand me downs from my older brother, or worse, from one of the Step-Monster’s children who were eons older than I was.  A button-down collared, Oxford cloth shirt with the shoulder seams hanging low and a large gap in the collar, and a tie, with a double windsor from my father’s collection; that was their idea of dressed up.  And that was her idea of what our portrait should be.

I wanted to wear my corduroys and a modern t-shirt that I believed was stylish and trendy and would make me look better that I did on my own.  It wasn’t “dressed up” but that didn’t mean I didn’t look good.

Some parents have a bad habit of attempting to reason with a child, using logic that makes sense to them, but perhaps not to a seven year old, and when that attempt fails then resort to yelling and issuing commands.  And that is where we always found ourselves.

“Kevin, we don’t have time for this, go change your clothes,” my father would intone, loudly.

There was no point in arguing further and I would turn away, slowly, sullenly and drag my toes as I slunk off to put on the shirt and tie and pants that had been selected for me to wear.

And I would sob.

And let’s face it.  I was seven.  I believed that if I made it a miserable enough experience, they would give in and not make us do it.  At the very least they would decide it wasn’t worth the trouble and never do it again…  Right?  Right?  Hello?  Is this thing on?

But don’t get me wrong.  My tears were real.  My anguish and desperation were real.  I would sob from the moment I shuffled off to dress as my master had commanded, until the moment we got into the studio and…  Well, I have to hand it to photographers who take those kinds of pictures.  Despite my genuine suffering and despair, they always managed to get me to smile and laugh and dare I say it, look happy.  The pictures would actually turn out as well as can be expected for a self-perceived to be ugly, genuinely UNphotogenic seven-year-old boy.

And my father and step-monster?

They never bought a single portrait.  Ever.

4 thoughts on “A Thousand Words”